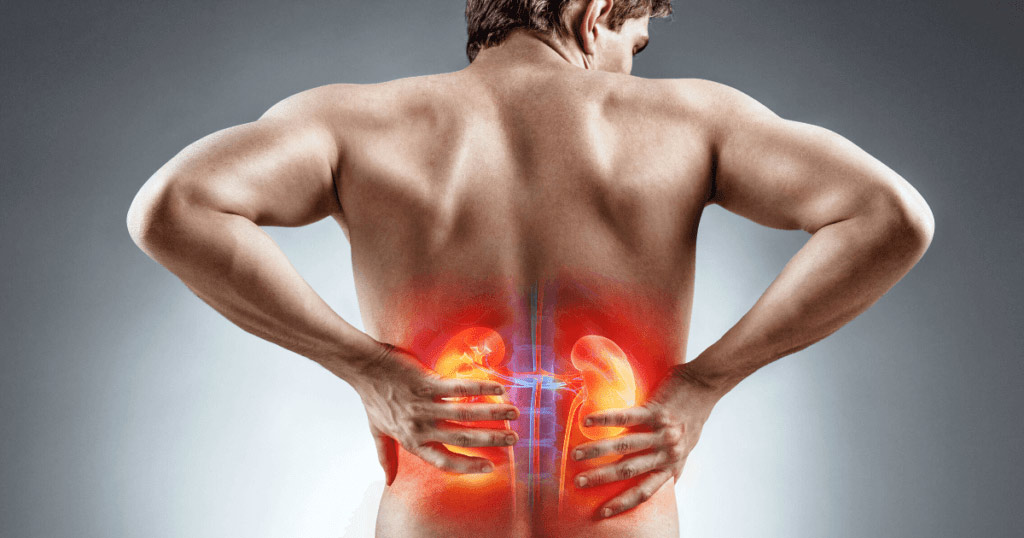 A urinary tract infection (UTI) occurs when there are “bad” bacteria in the urethra, bladder, ureters, or kidneys. In most cases, it’s the bladder and the urethra that fall victim to a UTI. If you don’t know what the urethra is, it’s the tube that helps your bladder expel urine from the body. It is a common misconception that only women are prone to UTIs. Although rare, men can get urinary tract infections, in fact, about three percent of men suffer from a UTI every year! When a man develops a UTI, it is highly likely that the infection will spread to their upper urinary tracts and kidneys. In this case, surgery remains the only option.  Your best line of defence against a UTI is to know its symptoms so you can seek medical attention right away. Before we jump into the causes of male UTIs, let’s take a quick look at the common signs:

If you experience frequent urination and back pain, it may be a sign of a urinary tract infection. Many men also suffer from nausea, fever, vomiting, and chills after developing a UTI. All these signs indicate that the infection has reached the kidneys, so please go to your doctor immediately.

It is true that women are more at risk for developing a UTI, but don’t forget that a UTI is also a sexually transmitted infection. If you are engaging in sexual intercourse with an infected female partner, you may get a UTI.

In men over the age of 50, the risk of a UTI comes from the presence of Escherichia coli that’s already in their bodies. When this bacteria gets into the urinary tract and starts multiplying, it results in a UTI.

The only reason why men are not as prone to UTIs as women is because they have longer urethras. The E. Coli bacteria need to travel a longer distance to reach a man’s bladder, and most often than not, this long journey proves to be unfavorable for the bacteria to grow.

In addition, the following conditions can also increase your risk of developing a UTI:

The most common causes of a UTI inside the urethra are sexually transmitted diseases like gonorrhoea and Chlamydia.

Prostate-related problems can also lead to a UTI. If you have an enlarged prostate and it goes untreated, there is a high risk of UTI. Any issue in the prostate gland can block the flow of urine, causing the bacteria to grow. And as you know by now, bacteria build-up can give you a UTI.