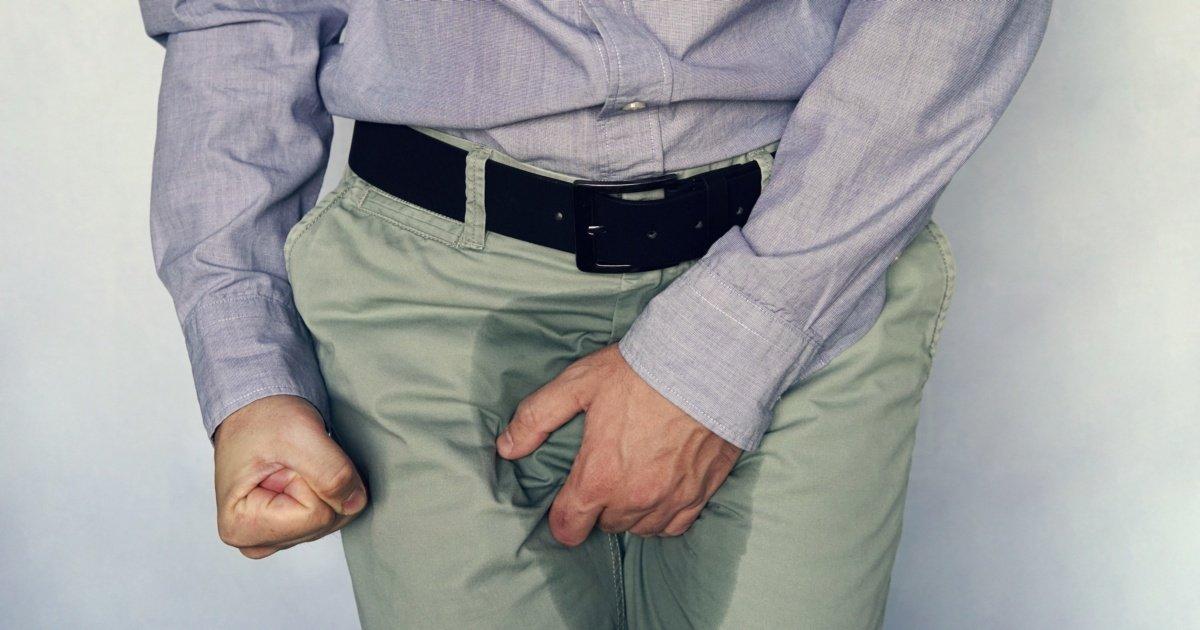 Contrary to what you may believe, bladder leaking is a very common occurrence in men over 40. Research shows there are more than five million American men who are suffering from urinary incontinence.

The extent of the urinary leakage varies man to man; some may be dealing with larger leaks while some only experience leakage of a few drops every now and then. Male incontinence, or accidental leaking of urine in men, increases with age but it can also be caused by other, non-age-related issues.

The most common causes of accidental bladder leaking in men are prostate gland-related problems. The prostate is an almond-size gland that is located at the opening of the bladder. Its purpose is to add fluid to the semen whenever a man ejaculates.

The problems arise when this gland starts getting bigger as you age. The increasing size can cause the bladder to slow down your urine flow.

Other causes include muscle and nerve control issues. At the opening of your bladder, there is a muscle that’s known as the urinary sphincter. It allows you to voluntarily open and close your bladder. If anything happens to affect this muscle or nerve function, the sphincter won’t work the way it should, and thus, cause male urinary incontinence.

Here are some other known causes of male urinary incontinence:

Men who get diagnosed with prostate cancer are generally treated by having their prostate gland removed surgically. Unfortunately, prostate removal often leads to stress incontinence. The surgery can be highly effective in treating the cancer but it also damages the nerves or muscles that control urine flow.

A lot of men start experiencing enlarged prostate after turning 40. As the prostate gets bigger, it constricts the urethra (the duct that empties your bladder) and results in leakage. Most men start to display BPH symptoms by the time they turn 60.

Diabetes not only wreaks havoc on your blood sugar levels but it also causes nerve damage that can impact your ability to control bladder muscles. Diabetes can also cause frequent urination that has shown to contribute to bladder leakage.

Diabetes in combination with obesity can also make urinary incontinence worse by putting additional pressure on the bladder.

Parkinson’s disease and multiple sclerosis (MS) are also associated with causing urinary incontinence. Since neurological disorders like these make it difficult to send/receive nerve signals between the bladder and central nervous system, the patient fails to recognize when they need to go to the bathroom.

In simplest terms, a stroke is brain damage that is caused by reduced blood flow to the brain. It can happen due to a leaking blood vessel or a clot, and more than 700,000 Americans suffer a stroke each year.

The resulting loss of muscle control often manifests in the form of urinary incontinence. Thankfully, most people make a full recovery after the stroke and don’t suffer permanent incontinence.

Sometimes, you may develop a temporary case of urinary incontinence that can be caused by constipation, over-consumption of alcohol/caffeine, depression, and a urinary tract infection. Some medications (decongestants, antihistamines, diuretics, and antidepressants) can also cause temporary bladder leaking.

Free Yourself From Worry With Men’s Liberty

If you have any symptoms of male urinary incontinence like being unable to control the urge to go, overflowing, or leaking under stress, talk to your doctor. There is nothing to be embarrassed about, and waiting too long to see a doctor will only make the symptoms worse.

And if you are ready to get immediate, lasting relief for your male urinary incontinence problem, give Men’s Liberty a call. We have specifically designed an external collection system to help independent men like you stay odor-free, dry, and comfortable 24/7.