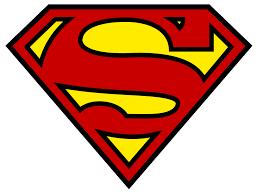 Today I turn 36 years-old. Yes, thank you for saying “Happy Birthday”. As I look back over the past year and forward to what lies ahead in the next I am inclined to ponder a few things about life as I see it and I feel inspired to share. As the fundraising process moves forward and I continue my exercise schedule towards optimal health I don’t have much on that front to report, so I will share how all this is affecting the “little grey cells” as Hercule Poirot would say. Yes, I watch PBS, I’m a nerd, I know. 31 years ago today, on my 5th birthday, around dinner time a handful of neighborhood kids showed up at our Richmond, VA home with gifts for me. To this day I don’t understand why the whole neighborhood does not show up with gifts every year Today. They say I’ll grow out of it, but when you’re young and impressionable these things tend to cling to the subconscious. It’s either that, or I just flat out think I deserve it… but I digress. Among those gifts were a pair of Superman Underoos.

If you were a kid in the 80s you know exactly what I’m talking about.

For those who don’t, Underoos were a packaged set of children’s underwear usually containing a t-shirt dyed with a given cartoon character or superhero’s colors and emblazoned with their symbol, along with a set of briefs to match. In my case it was a royal blue t-shirt with the yellow and red Superman “S” and a bright red pair of boys undies’ with an obnoxious yellow waistband. I was in Heaven (spare me your snarky comments).

I don’t know if that’s where it started. But I grew up obsessed with the concept of the Superhero and bravery. The idea of a man or woman, whether they possessed a hidden power or superhuman skill, maybe they were real-life figures like Gandhi, Martin Luther King Jr, Jesus Christ, or just a pioneer family making a go of it in the old west inspired me. I was enamored with what I later learned Joseph Campbell describes as the “Hero’s Journey”. I devoured books about war heroes and statesmen like Jefferson and Washington, brilliant minds like George Washington Carver, Michaelangelo, and Edison, but I loved fiction too, mythology, and of course later in life, science fiction. And I still remember where I was when I watched Back to The Future starring Michael J. Fox for the first time.

This was the coolest thing EVER.

A clever, sarcastic outcast who rode skateboards (being towed by a car mind you), played in a rock band, had a smokin’ hot girlfriend (who, it seemed, he could kiss whenever he liked without getting caught), and best of all… a time machine. Not only did he work over Biff Tannen. If his first plan didn’t work he could go back in time and change the plan! Brilliant. I didn’t just get inspired by Michael J. Fox, I wanted to BE Michael J. Fox. I wanted to walk like him, talk like him, dress like him… little did I know years later, how much we’d actually have in common.

Then there was Superman. The towering Christopher Reeve as the mild-mannered Clark Kent. I couldn’t identify with Reeves completely, but Superman is still… well… Superman. Who WOULDN’T want x-ray vision, unstoppable strength… who wouldn’t want to fly and be like Superman? What if you really could have super-human powers? Saturday afternoons on hot summer days when the waves were flat I’d hole up on the couch and watch either Bruce Brown’s Endless Summer on VHS or a nebbishy Gene Hackman get his ass handed to him by the Man of Steel on rerun network TV. Tin foil on the antennae and all. It was a cruel irony that this icon of indestructibility would fall from a horse suffering a severe spinal cord injury and again, have so much in common with me.

At first glance Clark Kent and Marty McFly have little in common, but let’s look closer.

They were/are whip smart. To the everyday observer they are as common as you and I. They love something with their whole heart and put themselves in harm’s way for what they believe to be right. They will fight the odds to reshape their own destiny. And they both possess qualities that make them true heroes despite what they look like to the outside world.

When I was injured I was 6′ tall, athletic and determined. I quit high school a year early intending to graduate via correspondence. I wanted to get on with my life. To surf, play guitar, travel the world. A big man, or so I thought, with big plans. In many ways I really was like Marty McFly, cool, self-assured, able to stand-up to the man, but like many young people I was missing a deeper truth. My heart knew it, but my head was living in the same world that manufactured these larger than life figures. I was living in a Hollywood of my own making with me as the star. Easy mindset for any kid to fall into though for sure.

Reality sets in quick when your lying flat your back in a hospital, all that 165 lbs you worked so hard to gain melting away to 115 in less than a month, but it reaches a whole new level when you go out into the world and everything that you thought made you or anyone a hero is gone. In our world today we define winning by having. We measure success by fame or humanitarian heart by the size of the donation. We award the man who can stuff a rubber ball into a round hoop and condemn the man who stands up to government corruption. And we worship the founders of billion-dollar companies with zero regard for the way he treats his own family.

Then there’s the young people, every ad campaign, billboard, news article and magazine cover seems to dictate what it means to be sexy or worthy of respect.

These impressionable minds bombarded with an unattainable ideal that doesn’t exist introducing confusion and pain into their already complex lives. Our entire paradigm of what defines true heroism is buried somewhere under the murky distortions of materialism, phony political rhetoric, subtle racism disguised as national pride and our insatiable quest for the status quo. What makes it even more insidious is that somewhere along this descent we allowed our media to somehow influence mass public opinion into thinking that those with less or the disabled are some sort of yardstick for what suffering is.

They are trotted out as somehow special, poster children for courage and celebrated in an effort to convince ourselves that despite all our own difficulty someone “always has it worse”. I am just as guilty of that as the man on two feet. Suffering is just suffering. There’s no deeper meaning here.

To redefine something means to reexamine or reevaluate especially with a view to change. There are two types of people in the world, truth seekers and truth doers. Truth seekers will exhaust endless hours and resources on the search. They will talk all day, ponder, read… even write… about truth, yet they forget one thing, when confronted by truth, action fostering change is demanded. The truth doer is one who when faced with truth has no need to look further, only change. The truth doer redefines what is possible because at the core of their world view is one constant, the only constant, change. So today, I’m putting out a call to the Truth Doers out there, we must redefine what it means to be a Hero.

I said in the beginning that this posting was the result of looking back over the past year. As I have begun this physical process it has mentally begun to unravel many fears and frustrations that settle in after living with spinal cord injury for so long. They become such a natural part of everyday life one often forgets they were even there. In the hero’s journey there is usually a point of their facing the abyss. Theseus had to defeat the Minotaur in a labyrinth of shifting floors, moving walls and total darkness to unlock the key to the labyrinth itself.

Often the lesson is lost on the excitement of the story, but if we consider it we see that the labyrinth is the mind and the Minotaur and shifting walls and floors are nothing more than our own grotesque fears living among the ever-shifting, self-deceiving perceptions of ourselves.

Today Marty McFly is just another pop icon left over from a simpler time, but the man Michael J. Fox has faced time head on within his very own body to emerge as a voice for those in need of stem cell treatment. What would have happened if Michael had buried himself under a mountain of anti-depressants and booze. Holed up away in some mansion while he wasted away? What if his only legacy was a clever, witty sitcom star who suffered an untimely demise? Someone else would have inevitably answered the call, but it didn’t go that way did it?

The real man, in a real world, looked into the abyss of fear, of death, of suffering and said, “How can I be of service?”.

To the victor go the spoils and I defy anyone to convince me that the work he has done in the last 5 to 10 years pales in comparison to his Hollywood stardom. The man who conquered time did it because of his illness, not in spite of it.

So it is with Christopher Reeve. I say his finest hour was not his time on the silver screen. But his determined hard work in the face of complete immobility to bring stem cell research to the forefront of U.S. government healthcare policy. I have a friend who had the privilege of watching him work, directing an entire film from his wheelchair post-injury. Relentless, composed, devoted… thrilled to be working. Directing a movie is a massive undertaking for any able-bodied person. But when you’re a real Superman… yes, meditate on it.

These men are only 2 examples. Individuals who have discovered their true selves, their inner strength in the face of impossibility. I use them here because of the connection I share with them, but there are countless others. Who inspires you? How do you define true heroism? Have you ever researched the amount of people who reached their greatest success after the age of 40? What about the people who made world-changing contributions and never received a college degree? How about those who went from poverty to riches on hard work and determination? Hershey went bankrupt 9 times before he made his millions in chocolate. Abraham Lincoln was born in a dirt floor shack and was entirely self-educated. Beethoven was deaf. Ray Charles was blind.

After you have considered all I have said, you have thought about who inspires you and why, I want you to do one more thing…

I want you to look in the mirror, ask yourself… What about me inspires me? Who am I really? Because ultimately, you are the only Superhero you will ever need. And finding that man or woman within yourself will save the world (your world). Turn back the clock, get the girl (or the boy), and you will never be the same.

That’s all for now. I need hang up my cape and Superman Underoos and assume my inconspicuous alter ego. Pour a cup of tea and watch a little PBS. I’ll finish saving the world tomorrow… after all it’s my birthday today.