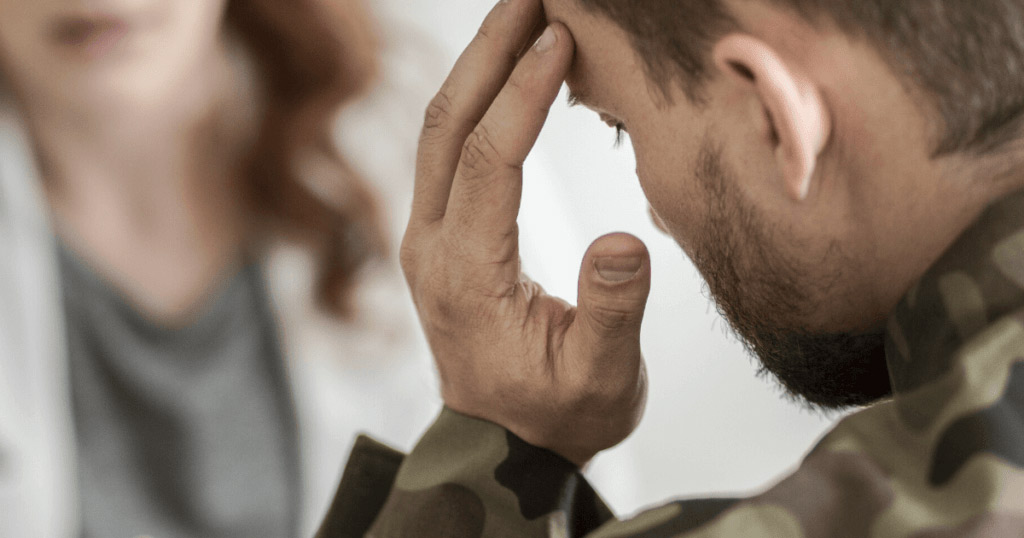 your bPost-traumatic stress disorder (PTSD) is often associated with anxiety, depression, nervousness, and even nightmares. Heavy breathing and excessive sweating may seem normal in a war veteran who is suffering from PTSD, but what about urinary incontinence?

Can severe stress also cause urinary incontinence in veterans?

It turns out that incontinence is quite common in people suffering from PTSD, regardless of their age. You don’t even have to be a vet – if you have PTSD from witnessing or experiencing some other traumatic incident in your life, you’re at high risk of developing urinary leakage.

PTSD is a mental health condition that often occurs following an acute and traumatizing event.

In PTSD, the trauma of that event can remain with a sufferer for days, weeks, and even years after the event has passed.

How does PTSD Lead to Urinary Incontinence?

The experience of reliving the devastating event and the stress it puts on your body can trigger a fight-or-flight response. As adrenaline fills your body, your nerves become hyper-sensitive. You become incredibly reactive to your surroundings.

When this happens, your body fills your kidneys with urine and contracts your bladder muscles. This can put a lot of pressure on your bladder, signalling to the muscles that it’s time to release the urine. This happens even when you are not conscious of it. This results in accidental bladder leakage.

When you suddenly feel the urge to urinate, seemingly out of nowhere, you may not have enough time to make it to the bathroom.

At BioDerm, we are a leading US manufacturer of male urinary incontinence products that are designed to help you feel safe and confident when it comes to undesired urinary incontinence, no matter how old you are. No matter the underlying cause behind your PTSD-influenced urinary incontinence, don’t let it stop you from living a fulfilling life. If you are seeking a highly effective and dependable alternative to adult diapers, pads, and condom catheters, learn what Men’s Liberty can do for you by calling 888-412-9329 or visiting us online.